ID&T: Does Big Data Have A Price, Finally?

Much has been written about the currently fashionable term Big Data. The value of data is also frequently ‘discussed’ online. But what is a reasonable value? Has data recently been given an actual price?

It also appears that the acquisition of ID&T by SFX, is giving us insights in the actual value and pricing of big data.

ID&T is primarily recognized for events such as Sensation, Mysteryland and Tomorrowland. 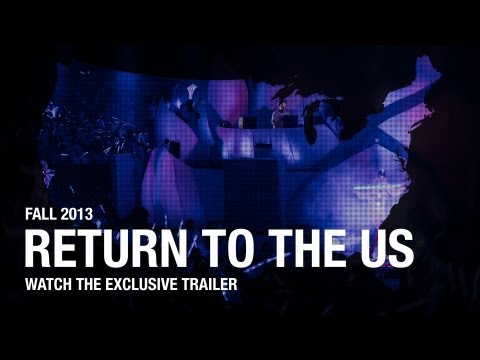 The company was founded in 1992 and is currently active in more than 22 countries in Europe, Asia, Australia, South America and North America.

ID&T is dedicated to achieving a leading role in North America, where dance culture is growing at an explosive rate. But their ambitions are the same for the whole world.

The press release published on Perssupport.nl on 21 March 2013 stated that SFX Entertainment purchased three-quarters of the shares in ID&T for an amount of approximately 100 million dollars.

For this transaction ID&T was valued at over 130 million dollars, roughly 100 million euros.

What are the standard methods of valuation?

The current and originally applied methods of valuation for companies essentially give the following results:

1. Intrinsic value:
Brief explanation: Valuation based on the visible equity value of a company, possibly adjusted with hidden reserves, if any.

2. Market multiples and comparables:
Brief explanation: When using market multiples the value of the company is based on the indication the stock market is willing to pay for comparable companies2. Often the Earnings before Interest, Tax, Depreciations and Amortization (EBITDA) is multiplied by an industry or market standard. Strictly speaking this EBITDA number should be reduced with the available net debt within the organization. But for convenience sake we will leave this out of our hypothesis.

With the assumption comparable companies are sold for 7 times this annual profit, the valuation of ID&T would be 19.6 million euro (7 * 2.8 million). An overvalue or ‘goodwill’ of 80.4 million.

3. Discounted Cash Flow (DCF method):
Brief explanation: This is a valuation, whereby the future cash flows are turned into cash against the so-called ‘weighted average costs of capital’, abbreviated WACC.

The future cash flows of ID&T are unknown to us and hasn’t been revealed. However, it is possible to make careful predictions based upon past results. ID&T shows an average ‘bankers cash flow3’ of 3.2 million euro.

With the acquisition of ID&T, so-called synergy effects are likely to occur. Future cash flows are assumed to increase.

Let’s assume a future cash flow of 5 million per year with a continuing cash flow of 20 million against the same discount rate after the 5th year.

The discount rate, similar to the Weighted Average Costs of Capital (WACC), consists of a required return of investment for the shareholders and the average costs of interest bearing loans and other debts.

With the assumption shareholders demand a return of 20% of their investment, a company value of 21 million euros is calculated for ID&T. With this valuation method there is once again a considerable ‘goodwill’ paid of over 79 million euro.

With these well-known and classic valuation methods the value of ID&T appears to be around 10 and 20 million euro.

However, with all three valuation methods one can clearly determine a significant amount of ‘Goodwill’ has been paid by SFX Entertainment in the acquisition price of ID&T.

Why SFX pays this enormous price for ID&T?

Apparently the existing and current valuation methods give an entirely different value than the price which SFX Entertainment has paid.

It is possible SFX Entertainment has valued ID&T’s future cash flows higher than anyone expects?

It is also more than possible SFX Entertainment in its purchasing price speculates about a following exit after a certain period. In that case, SFX Entertainment has to increase the value of the ID&T brands in the meantime. But how?

The important other question, which is related to this transaction, is: ‘Can it be determined the value of the underlying data has significantly influenced the selling price?’

The value of data from social media and the potential profit is generally not visible in financial annual statements.

Traditional valuation methods do not adequately consider the underlying data. However, here there is enormous potential to increase future cash flows.

As Duncan Stutterheim has indicated during the presentation for the launch of Kroodle: ‘The social media figures of ID&T are interesting for various companies who wish to be exposed to a large audience’. With more than 6.5 million Facebook fans, YouTube viewers and Twitter followers, it has become attractive to be visible as a brand within the ID&T groups.

This has already occurred offline for many years at ID&T, with brands such as Vodafone, Heineken, Budweiser, Bols and other brands being visible at ID&T festivals and events.

Nowadays, a larger section of the fans can be found in the own online domain and the own social media channels. With incidental commercials on television generally lower viewing figures are reported.

A glance at the data development of a number of brands within the ID&T organization shows a number of important aspects.

Tomorrowland is remarkable. This is an annual festival in Belgium.

In a country smaller than the Netherlands, an enormous absolute ‘worldwide’ growth in the number of Facebook friends and Twitter followers can be seen. An increase of 61.2% (+750,000 followers) in a period of only six months.

With a few careful assumptions of the valuation of the underlying data, including potential earning models, ID&T can be valued at a value of 24 million euros based on its status in March 2013.

The table below includes the 13 most important ID&T brands.

(* = on the basis of valuation method as used by DDMCA and P.I.M. on The Voice)

What happens with the valuation of these potential future cash flows, when the increase of fans and followers from Tomorrowland maintains the same trend in the second half of 2013?

The graphic below shows the continuation of the current value as of March 2013 for the coming years and compares this with the purchasing price paid by SFX Entertainment.

Bearing in mind the reasons for the acquisition of ID&T by SFX Entertainment, there is a much larger growth pattern to be developed in data, followers and therefore the company value.

In the press release concerning the acquisition it states that ID&T strives towards a ‘leading role in North America’. SFX Entertainment wants to grow in the USA with a total population of 300 million citizens.

A successful debut edition of Sensation in New York in October 2012 is a fact. With SFX Entertainment ID&T can now enjoy access to multiple locations in (the rest of) America. More Sensation events can be held there with the operational support of SFX Entertainment.

Stutterheim stated, in the aforementioned presentation, that he wants to break through in India with ID&T, where currently 1.3 billion people reside.

China has also shown significant interest in such highly-professional events.

What will happen with the cash flows from new earning models or agreements with brands when the same growth is made by Sensation or Mysteryland in both the USA as in India and China?

For example, by making agreements with brands, as was already visible offline in recent years with Vodafone, Heineken, Samsung or Bols for example.

Now SFX Entertainment have an interest, this can be achieved with a much larger reach and ease.

How can additional cash flow be generated to add more value to the current organization?

Brand integrations will occur in the networks of the various labels within ID&T.

By making advanced and careful use of the own domain and social media networks, new and digital profiles from the data of the ID&T fan base can be created.

In addition to demographic data interest data is also created, as previously determined in ‘The Voice – An additional earning model’. Among other things, it can be determined which fan or follower of ID&T is interested in a certain product group by simply listening to the fan base.

The following steps ID&T need to take, is to collect the data and to analyze it to subsequently create the next or a completely new strategy, with achieving future revenues as the objective and to increase these revenues.

Fashion brands such as Diesel, Replay, Levi’s, Denham or Dolce & Gabbana can be connected with the ID&T fan base.

Essentially it is rather simple to, based on the relationship with the fan base, make visible which brands would be interesting to integrate with the ID&T fan base. And that has a price of course.

With a careful look at the figures from ‘the festival dashboard’ of DDMCA, you can now state that visibility on the Tomorrowland Facebook page has a monthly advertising value of 350,000 euro4. Let alone valuing the entire Tomorrowland ecosystem.

By making the scope of the followers and fans which fit various brands visible, increasingly lucrative agreements can be made.

The full potential of the community, by way of data, which belongs to the ID&T brands (read: festivals and events) still has a long way go before it can be fully realized.

Looking at the aspects of ‘knowledge’ and ‘clients’ within the term ‘Goodwill’, new additional value is being developed on the basis of data.

With the advent of the latest social media trends and technologies, where it is now possible for ID&T to save all the data which is generated by its fans and followers in online chats or conversations, it is abundantly clear that the vision on company valuation and the ‘Goodwill’ aspect will change.

In the valuation of ID&T by SFX Entertainment very clear indications can be found that on the basis of future developments the data on fans and followers of ID&T festivals and events will add value to the organization, worldwide.

The (seemingly) large purchasing price of ID&T, could ‘theoretically’ – when looking at figure 2 and figure 3 – be paid back within 2.5 years, if a careful social media policy and internet strategy is ensured throughout the entire organization.

What About You?
What opportunities do you see for ID&T and SFX? How do you value social media or big data?

About the Author
This study and story was created by Denis Doeland of DDMCA and Pim van Berkel.