The 10 Funniest Jokes About The Apple Watch

In case you missed it, Apple just revealed the Watch, which is the tech giant’s first entry in the smart watch space.

Apple’s long-rumoured move into wearable technology has finally taken place. At the firm’s first major new product launch event of 2014, the Apple Watch was revealed on stage by CEO Tim Cook, alongside the brand new iPhone 6 and iPhone 6 Plus smartphone range.

As usual, many took jabs at Apple and its first foray into wearables and instantly shared jokes ons social media.

Scroll down below and check out some of the funniest posts about Apple’s Watch.

So excited for the Apple Watch. For centuries, we’ve checked the time by looking at our phones. Having it on your wrist? Genius. #AppleLive

This keynote is just super confusing

Sneak peak of the iwatch

The iwatch will have a heart rate monitor

Oh good the iwatch will have a heart rate monitor so Facebook can automatically update my profile when I die — septemily (@EmilysMindvomit) September 9, 2014

Just got the new Apple watch

Hey bro, you got the time?

New iWatch has been announced

New iWatch has been announced pic.twitter.com/Mk38IOvgv0 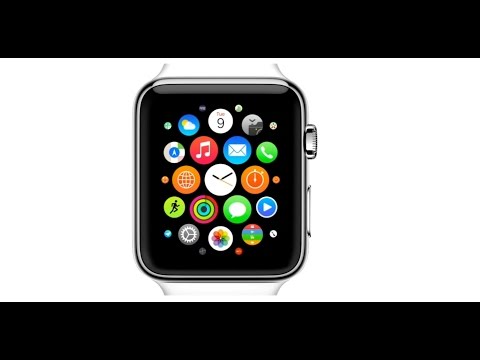 Most of us expected the Apple Watch to appear in 2015, but now it’s suddenly here. All the funny posts on social media raises the question about if Apple’s Watch is really a revolutionary piece of hardware.

I guess it’s something you really need to experience, before you make a verdict.

The Apple Watch is a device that many will want to own with the iPhone 6, as the stylings match really well, and let’s be honest: people like buying wholeheartedly into the Apple ecosystem.