The never ending list of brilliantly simplistic online ideas is about to show its latest entry. This one has a million dollar in it.

This new one could only arise out of the social media age’s unique possibilities.

You are one of the first to hear about this experimental project. A big thanks to the promoters of the concept, as we received the scoop.

Pay extra attention for it, as this one is for charity!

As you might have guessed from the title of this posting, the idea involves auctioning one single tweet for a notable amount of money.

Here’s how it works: 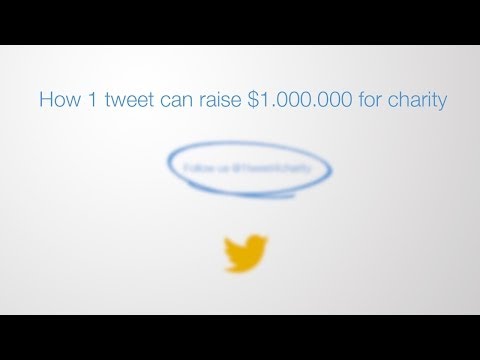 So a tweet will be launched into cyberspace at December 23 at 12 noon EST, to be exact.

During the four-day auction from December 19-22, anyone can place an offer on this potentially valuable tweet.

The highest bidder, probably an exposure seeking company, is granted with full control over what the tweet will say.

The auction ends at December 22, or as soon as someone has offered the one million dollars peak.

Can we expect to actually fork in a million in exchange for one single tweet?

I believe we can.

That posting received more likes than she expected. Over 250,000 likes to be exact, thus promising to donate more than €250.000 and counting.

Give that, this Million Dollar Tweet project has potential, although I have doubts about the motivation of the people who liked the Dutch Singer’s posting.

We’re they all doing this for charity, or did most people wanted to bash her by letting her pay such a large amount possible?

Let’s hope for Million Dollar Tweet project that the word will be spread, the number of followers increase and the tweet’s ultimate reach will shatter the threshold of corporate attention.

As they stated to us:

‘Companies are eager to pay immensely for something seemingly insignificant, as soon as it grabs some eyeballs – ahum, Superbowl commercials, ahum.’

Well, they’ve got our support, starting with article.

Don’t miss the opportunity to support this unique experiment here. Check also the list of charities you can choose from.

What About You?
Do you think this project could be successful?