Should I call it democracy 2.0? The fact that Iran builds new software to spy social networks? Will it allow its people to enjoy the benefits of the Internet?

Purpose of the new software? It will prevent Iranians from being exposed to malicious content online while allowing the people to enjoy the benefits of the Internet. He did not say when the software would be introduced.

Moghadam also did not specify which social networking sites would be affected, but both Facebook and Twitter are popular in Iran.

Iranians currently have access to most of the Internet, although authorities block some sites affiliated with the opposition, as well as those that are seen as promoting dissent or considered morally corrupt.

No doubt, the price of speaking the truth via the internet was higher than expected for the Iranian civil actors. It resulted in massive arrests, Stalinist-style show trials, torture, rape, and murder.

Facebook was cut off temporary in Iran, leading to accusations that authorities were trying to muzzle one of the main campaign tools of reformists opposing President Mahmoud Ahmadinejad in the June 12 2009 elections.

Is Iran inching closer to its own domestic intranet? The nation has launched Mehr, a new video-sharing site to replace YouTube, which has been banned there since the disputed 2009 presidential election and uprising. 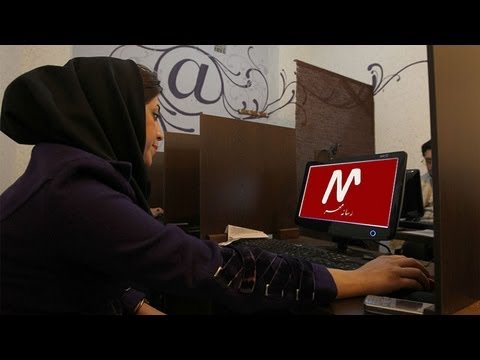 My Opinion?
It seems like the Iranian electric curtain, the regimes’ attempt to cut off its web users from the Western and outside world.

But I’m not convinced that new building software to control on people’s opinions on social networks is much better than cutting off people from social sites.

I am not claiming that we in the Western are always using technology to do good. However, I am convinced that the basics of human beings is cooperation and democracy. Itâ€™s in our DNA.

In Western society we have taught each other that competition and winning is the most important thing of life. But competition is much lower in our value chain than cooperation. Even the new Western world is both cooperative and competitive.

Freedom of speech, it should be the right of the global society, not only the Western world.

So do I sincerely hope that the people of Iran will – one day – be released from the “electric web curtain” as well as cutting off social sites, or its regime trying to control their social sites.

What About You?
How do you feel about Iran’s decision to control social networks with new software? How about freedom of speech? I would love to read your opinion in the comments below.