Top 5 Videos In Viral Friday: A Bad Lip Reading of The NFL 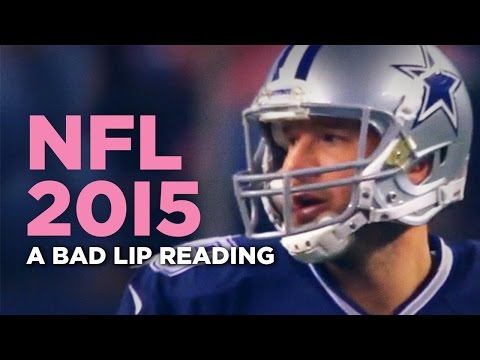 This week’s viral number one is for “A Bad Lip Reading of The NFL 2015”. In January 2013 BLR released the first video in the “bad lip-reading” series. Not without success, it garnered 60 million views! A second NFL video followed in 2014, that attracted 30 million watchers. Last week the third video was released. Total score so far for 2015 edition: 17 million views and nearly 150,000 social shares.

Can a lost puppy help Budweiser find Super Bowl ad success again? The beer giant is bringing back its winning cross-species friendship theme for its Super Bowl XLIX advert this year. In the one-minute spot “Lost Dog”, released on Wednesday, a lost puppy is confronted by a big bad wolf. But just in time the Budweiser Clydesdales come to the rescue. The commercial has been watched 12 million times. Total social shares: 220,981.

Last year Bud Light introduced the “Up for Whatever” campaign with big stars such as Arnold Schwarzenegger, Minka Kelly, Reggie Watts, Don Cheadle. This year Bud Light takes a different approach and cashes in on some serious 80s nostalgia. Bud Light’s 2015 Super Bowl commercial features a guy who gets the surprise of his life when Bud Light places him in the middle of a real Pac-Man maze. With almost 11 million views in 8 days and over 50,000 social shares it’s this week’s number 3 in Viral Friday. Also check out the Behind the scenes video: http://youtu.be/B0ykS7FiBzE

Kim Kardashian is the star of T-Mobile’s latest Superbowl ad, entitled #KimsDataStash. It’s the second Super Bowl ad appearance for Kim after her debut in 2011 for Skechers. The T-Mobile advert plugs a new service from the T-Mobile cell phone company that allows customers to keep unused data, for up to 12 months. The commercial has been watched 8.7 million times on YouTube and Twitter, but has been received with mixed feelings as the thumbs down voters (18,000) outnumber the thumbs up voters (14,000).

Last but not least: Carl’s Jr.’s Too Hot For TV advert. Supermodel Charlotte McKinney, who is being heralded as the new Kate Upton, stars in the latest juicy spot for burger chain Carl’s Jr. The sizzling ad is supposed to air on American TV during the biggest sporting event of the year on February 1st. But the commercial has caused such a stir that TV stations in some states are refusing to run it. On the web the promotional video has attracted 6.1 million views in just 9 days. Total shares: 43,136.