Social entertainment company Bigballs Films has launched the final phase of a nine-month European and North American campaign for Capcom.

The result? A stunning video and video game.

Developed by Parisian studio DONTNOD Entertainment, and launching on 4 June in North America and 7 June across Europe.

‘Remember Me’ is set in 2084 in a futuristic Paris where advances in technology allows memories to be digitised and then shared, bought or traded.

Set against this backdrop, Nilin, an elite memory hunter, awakes to find her own memory erased and begins a journey to discover who she is and why she is being hunted down.

Bigballs Film’s campaign kicked off in August 2012 with gameplay trailers and artwork that revealed the game’s Neo-Paris 2084 setting.

And the Inception-meets-cyberpunk storyline was seeded across Twitter, Facebook and YouTube, all building anticipation and excitement around the game for a whole new audience of fans.

Then in February 2013 a four-month campaign launched that blurs the lines between the real world of today and the game world of a believable near future.

Using film, photography, original artwork and text, an interactive journal tells the story of Antoine, the founder of Memorize, and his life from 1984 – 2084.

Tracking his personal evolution from his days at University in San Francisco, to the changing face of his company and the trial and tribulations the wider world faces over these years, the journal leaves the user at the start of the first scene of the game; Remember Me.

The first iteration of Antoine’s journal is played out on Tumblr and shares science, philosophy and inspirational stories that create a real world footprint for people to follow and interact with in real time.

An inspirational mood film for Antoine and his fictional company Memorize created by YouTube star Devin Supertramp leads seamlessly into the full journal: 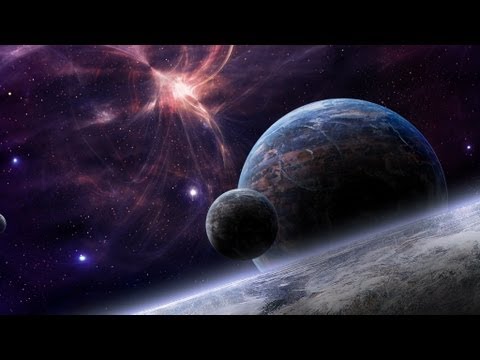 It has been built entirely in HTML5, allowing for a rich immersive experience independent of platform, meaning that users will enjoy all of the included content whether they’re viewing it on a desktop, tablet or mobile device.

By interacting with the journal’s content, users can discover Easter eggs and uncover clues that enrich the game experience; and game elements offer users the chance to ‘unlock’ memories and exclusive content.

A live action trailer launching on 28 May provides the final piece of the puzzle and explores the sequence of events that led to Nilin being hunted.

Richard Earl, Product Manager, Marketing Strategy at Capcom commented, ”This final stage of the campaign continues the innovative approach Big Balls have taken and complements perfectly the rich universe that Dontnod created in Remember Me.”

Gav Rowe, Director and Founder of Bigballs Films commented; “Dontnod have gone to great lengths to create a rationale and reasoning for how the world had materialized into their vision of Neo-Paris 2084.

We couldn’t resist tapping into this rich heritage to realize and create the story of Memorize all the way back from the present day up to 2084.

The surveillance culture and technological advancements present in Remember Me are already spiking in contemporary society, and as such a journey from now to their future felt like the perfect way to immerse the user in their game world.”

I feel that the experience lives up to the quotes, right?

Get the full experience here

Want to get the full experience? Well, here you can find some of the channels:

My Opinion?
A truly amazing piece of non-linear video game and social entertainment.

It is showing us and brands the near future of video, social gaming, mobile multi-platform experiences in very rich ways.

I hope there are agencies and CMOs around that can get close to offering their audiences similar digital experiences.

What About You?
How do you like the video, the game, and the Inception-meets-cyberpunk approach? Our readers would love to hear your ideas in the comments below.