Jill and Kevin Heinz decided that they wouldn’t do the traditional walk down the aisle, but that would dance in on their own wedding ceremony on June 20th in St. Paul Minnesota church. They got some family and friends to lead them to the altar on the tunes of Chris Brown’s Forever. To all the others waiting for the bridal party to enter, the dancing was a big surprise. 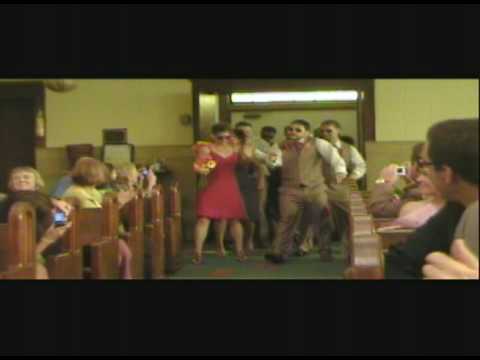 Jill and Kevin placed their video on YouTube for family and friends to see, but has already reached over millions! The video is immensely popular and gone viral. Over 4.5 million people already watch the video and it is spreading like crazy: even Good Morning America covered Jill and Kevin’s story.

Jill told the television show that the dance was her idea: “I grew up dancing and I danced in college. It was something I always wanted to do, I wanted to dance in on the wedding. And Kevin jumped in on board.”