This week’s Viral Friday #1 position goes to Google Chrome Speed Tests. If you use it you know it; Googleâ€™s Chrome browser is fast. In this vid Google shows exactly how fast. The runner up spot is for Darth Vader’s Recording For TomTom. The darkest Star Wars voice is now available for your TomTom device, but the recording was a bit of a hassle. Transform A Tiny Apartment completes this week’s top 3. In Hong Kong the apartments are small and expensive. Gary Chang found a great way of solving this problem. 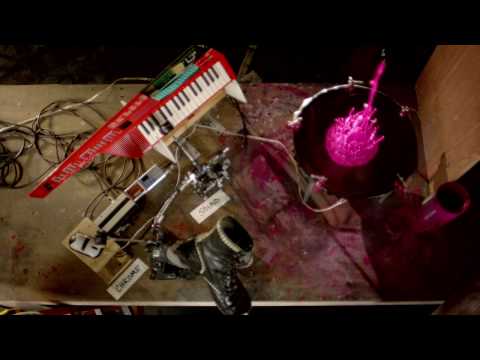 If you use it you know it; Google’s Chrome browser is fast. But how do you show how fast your browser is? By making a comparison video! Google brought Chrome’s speed to life with a series of fun, unconventional speed tests for the browser. The video got over 800,000 views in 4 days, and even the making of is very successful with almost 400,000 views since last Monday.

The darkest Star Wars voice is now available for your TomTom device! Dutch creative agency Pool Worldwide from Amsterdam is responsible for a brilliant viral starring Lord Vader. You can watch Lord Vader (and the power of the darkside) during the recording of his GPS voice for TomTom. On starwars.tomtom.com you can get Darth Vader’s voice and the coming months C-3PO, Yoda & Han Solo will be added. The video has been viewed almost 300,000 times on the TomTomOfficial channel on YouTube since May 4.

In Hong Kong the apartments are small and expensive. Gary Chang found a great way to transform a 344 square feet apartment into 24 different rooms, all via sliding panels and walls. The video, now live for two weeks, got viewed by over 1.5 million. Read the full story about Chang’s room on The New York Times.

4. The Making Of Florida One

Southwest Airlines has created a Boeing 737 airplane which is dedicated to the state of Florida. In the video and on the Southwest Airlines website you can see how they pulled it off and also what other brightly painted planes there are in the fleet. Southwest’s CEO calls the plane “a demonstration of our dedication to Florida and a tribute to our more than 2,500 hard-working Florida employees”. The video has been viewed over 741,000 times on YouTube since April 22.