The World Cup has started! Time to present you the best World Cup commercials… until now!

The battle has started! Brazil has won the opening match against Croatia with 3-1. But the battle for the sports advertising throne has already underway.

If a movie studio was going to make a soccer-themed version of Space Jam, this video could be it! It includes Ronaldo, Rooney and Brazilian star Neymar Junior.

2. Beats By Dre: The Game Before the Game

3. The Dream: all in or nothing

Adidas, the official sponsor of the FIFA World Cup 2014, launched the first part of its official World Cup campaign entitled “The Dream: all in or nothing, superstar soccer players like Messi, Dani Alves, Bastian Schweinsteiger and Luis Suárez.

As one of FIFA Official Automotive Partners through 2022, Kia Motors has commissioned World Cup Ambassador and Brazilian supermodel Adriana Lima to help spread the passion for ‘futbol’ in the American football minded United States.

This McDonald’s World Cup commercial featuring a bunch of trick shots is most likely fake. But it’s still very cool! 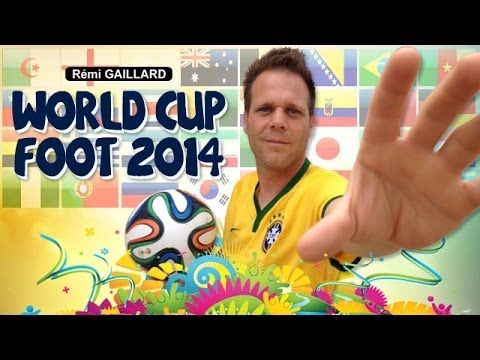 If you’ve read more of my articles, you could have noticed that I’m a big football fan. It’s my passion and I’m proud to say that I’m responsible for the social content durin this World Cup for the Netherlands football team.

It’s awesome to see what football and especially can do with people and with brands. These great video’s are the proof of that.

What About You?
Who do you support? And what is your favorite video?