ChatRoulette, the internet phenom of the moment, has seen its first branded involvement by the French Connection. Chatroulette randomly connects users from around the world, enabling them to communicate using webcam, text and images.

ChatRoulette, in case you’ve managed to miss it, is an interface designed by a 17-year-old Russian which throws random strangers into webcam chats together, or a text-only chat if you prefer. As with all new web platforms, it lasted about five minutes before it was co-opted for sexual purposes. It was just a matter of time if any brand would try to leverage the success of Chatroulette.

French Connection, the UK based fashion retailer which has stores worldwide, took the opportunity (and perhaps risk?) and releasesed a competition which is part of French Connection’s The Man, The Woman campaign launched in February, which aims to draw more attention to its men’s range of clothing. The competition is simple: Seduce a woman at Chatroulette! and Send the proof of that to win a 250 pounds voucher.

On YouTube there are already some very funny videos of people responding on awkward Chatroulette situations, here are some we really liked:

Old men in a diaper

If you turn your head I win 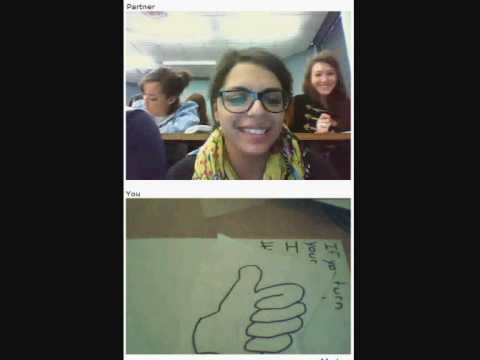