The groundbreaking noodle snack was produced in a brand new plant (with excellent working conditions), located just downstream from the Viagra factory in the Do Ping province in China.

Energy Noodles launches with a testosterone-filled advertising film, with happy ending. The video features the Athletic Cycling Team who, have been competitively engineering their urine samples for participation in this years already legendary Tour de France. 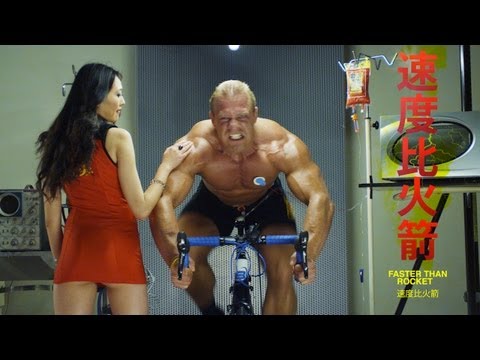 “Beating the super strict urine and blood tests around the world have been our nr.1 challenge and we feel confident that we will pass the test in at least 9 countries” says Italian team leader dr. Frederico Lamborghini.

To support the campaign a state of the art flash website EnergyNoodles.com was developed where you will find inspiration and innovation.

My Opinion?
Sometimes a brand goes fully overboard in its attempt to earn global attention.

Energy Noodles was in control enough to let go. Clever, witty and with guts.

What About You?
How do you rate the Energy Noodles video? How about Terry, Trojan or Freeware? Share your thoughts in the comments below.