Viral Video: Ever Been Invited To Your Own Funeral?

Not for profit organization IBSR / BIVV has created a viral video called Go For Zero. The campaign is about reducing deadly traffic accidents caused by speeding.

Even “slight” speeding kills and injures hundreds of people every year. And we tend to ignore the many lives of people close to us that are devastated as well.

Have you ever been invited to your own funeral? Watch the viral film here.

To slow down their loved ones before it is too late, people in this film set up an unusual wake-up call. They invited their speeding friend or family member to their own funeral. The emotional reality check was caught on (hidden) camera. 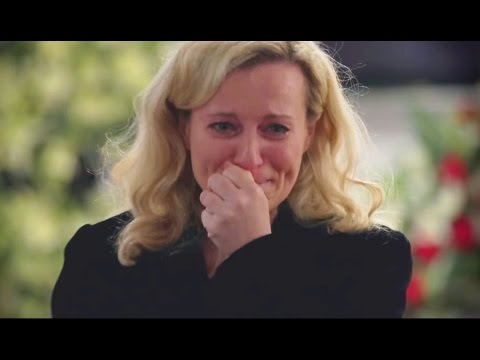 The film created over 1.2 million views in two days. Great results, knowing that Belgium is a tiny market with just 11 million inhabitants.

Belgian agency 20something created the campaign for client IBSR / BIVV.

In the campaign ‘a warn your friends’ mechanism was included to spread the message in an organic way.

We were tipped about this campaign I had had to watch the film twice before I really understood the message.

When I had seen the campaign website (in Dutch and French only), I got the whole message right away.

I think it’s a bold move by not for profit IBSR / BIVV. They are certainly earning attention and social buzz on this topic. In this case the video is used as a conversation starter.

Similar conversation starters about friends drinking too much alcohol during their night out, was this clever KnowTheSigns campaign by premium beer brand Heineken.

What About You?
How do you rate the Go For Zero campaign? We all get smarter from peer discussions, so share your opinion.